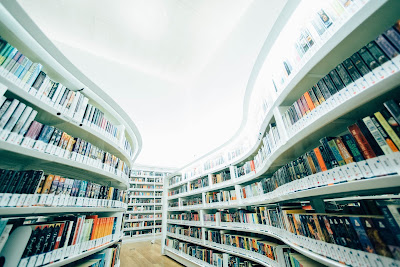 'I went there once in a book'

Great comfort can be found in being with other people who 'get it'; those who sit with you in your pain, your grief or your fear and understand.  They understand they cannot solve it; heal you and no amount of advice will change how you feel.

Many of the charities on the Fortycubed list are close to my heart because of my personal experiences but some are on my heart because they supported someone I love or because my eyes were opened through reading a book.

The following books have touched my heart and increased my understanding as part of the Fortycubed challenge.


'The boy in 7 billion' by Callie Blackwell and Karen Hockney 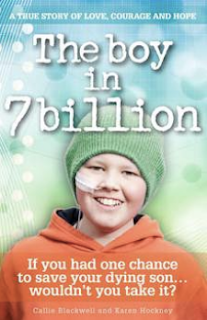 This book tells the harrowing but inspirational story of Deryn and his mum, dad and brother and their journey with cancer.  The Ellen MacArthur Cancer Trust is a national charity that seeks to rebuild young people's confidence after cancer, using sailing to support, empower and inspire young people.
Callie recalls the impact of the Ellen MacArthur trip Deryn enjoyed after months of gruelling treatment:

'The boy I sent away on that minibus - a boy with no confidence, a shadow of his former self who was too scared to go outside in case he caught a bug or hurt himself - was certainly not the same boy they delivered back to me five days later.
The Ellen MacArthur Cancer Trust gave me back my son.'

'Why does he do that? Inside the minds of angry & controlling men' by Lundy Bancroft 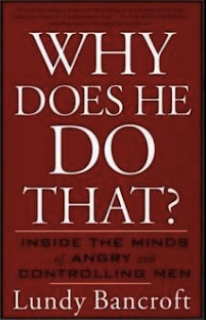 This book gave insight into the complicated nature of domestic abuse in all its forms including stalking, coercive control, emotional abuse, physical abuse, sexual abuse, economic abuse, gaslighting and harassment.  If you read this book you will never again ask 'why doesn't she just leave?'

'One of the greatest tragedies of all forms of domestic abuse is that the abused person can become emotionally dependent on the perpetrator through a process called traumatic bonding. The assaults that an abuser makes on a woman's self-opinion, his undermining of her progress in life, the wedges he drives between her and other people, the psychological effects left on her when he turns scary - all can combine to cause her to need him more and more...Almost no abuser is mean or frightening all the time.  At least occasionally he is loving, gentle and humourous and perhaps even capable of compassion and empathy.  This intermittent, and usually unpredictable, kindness is critical to forming traumatic attachments.  When a person, male or female, has suffered harsh, painful treatment over an extended period of time, he or she naturally feels a flood of love and gratitude toward anyone who brings relief, like the surge of affection one might feel for the hand that offers a glass of water on a scorching day.  But in situations of abuse, the rescuer and the tormentor are the very same person' 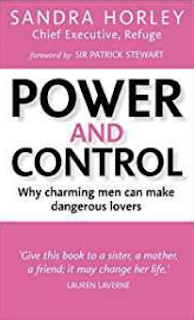 Sandra Horley CBE is the CEO of Refuge, the charity working for women and children and against domestic violence.

Power and Control is the real story of domestic violence, a story of men whose charm hides a darker truth – the ability to inflict devastating emotional and physical damage. But ultimately it is a story of courage and strength, told by women who have reclaimed their lives so that others may too.

The reason I run - Chris Spriggs 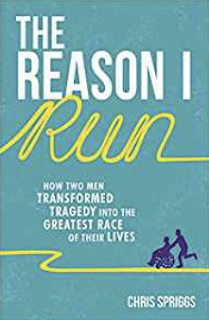 I read this book to gain insight into Motor Neurone Disease and also because the two men 'transforming tragedy' were related to twins in my daughter's peer group. It was an inspiring read that made me laugh and cry in equal measure.  Not only did I learn about MND and its impact on the whole family, but I was shocked to find that the 'silent killer' of ovarian cancer had also touched their lives.  My mum died of ovarian cancer at just 52 years old.

This book also made me consider taking up running...for a moment or two!


'No Filter' by Grace Victory 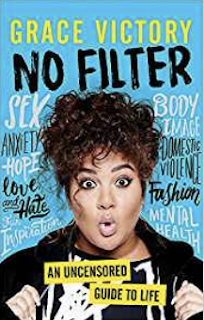 Grace Victory shares (among lots of other things) honest reflections on her relationship with her body over the years and her experience of eating disorders.  I will be making sure my daughters read her harrowing but inspirational story to help educate them for their own sake and to arm them with information that will help them look out for their friends.  Her courage in sharing her vulnerability is an example to us all.

'Cutting for Stone' by Abraham Verghese 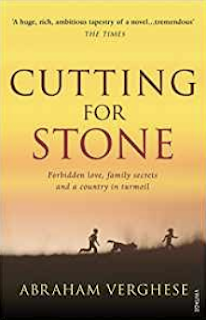 I’m ashamed to say I had never heard of fistula until I read this novel about a decade ago.   The doctor in the story referred to a particular case of a young girl making her way to the hospital after having been cast out by her village and eventually, her own family.  Incontinent as a result of an obstetric fistula, with each step she would be leaking urine but she was driven on by the knowledge that this hospital offered hope and with a simple operation, she would be able to live a normal life again.  She would be able to return to her home, work and even choose to have children again in the future.


‘Half the Sky’ by Nicholas Kristof and Sheryl WuDunn 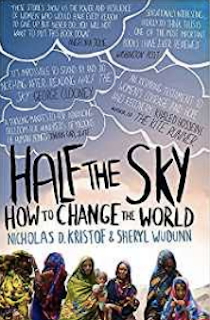 It was only when I read ‘Half the Sky’ that I appreciated how common fistula still is in parts of the world.  Every 2 seconds a woman is seriously injured or disabled through giving birth and an estimated 2 million women and girls in Africa are suffering from obstetric fistula caused by prolonged, obstructed childbirth and lack of access to maternity care. Due to their associated incontinence, they are often subjected to a life of isolation.


'My Son's not Rainman' by John Williams 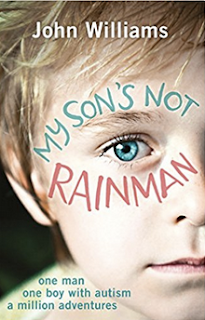 'The thing is that we only really celebrate disability when there’s a skill involved. Take the Paralympics, incredible as they are, they’re all about strength, courage and bravery. All I really wanted to do was to celebrate the smallness of it all, of just being in the world without justification. There’s joy in the little things … and humour and laughter.'


I learned so much through talking to my friends in preparing the blog post on Autism.   At the same time I read this book by John Williams who opens the book with a quote from an unknown source which sums up beautifully how we, as friends and family, could rethink how we approach Autism.


Who is Tabitha Jones, author of the quote 'I went there once in a book'?

I went to school with Tabitha and we are now only 'Facebook friends'.  This quote was her response to a photo of a beautiful scene in Italy or somewhere equally romantic. I included it here as I have shared it many times since she wrote it and she will, up to now, have had no idea.  It demonstrates that if you want to really understand and support someone, you may need to walk a little in their shoes...if only through the pages of a book.