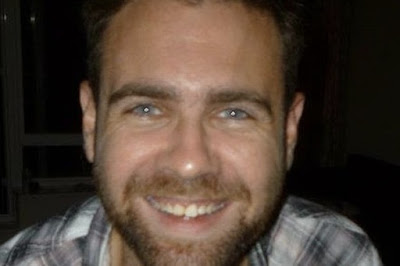 "Not only had my brother disappeared, but―and bear with me here―a part of my very being had gone with him. Stories about us could, from them on, be told from only one perspective. Memories could be told but not shared."

I met Emma through the school run and she is one of those 'sunshiney' people.  Always busy and engaged in conversation with her boys or a friend but always finds time to share a smile and often a little quip as she passes by.

It is so easy to compare ourselves to others and think that because of a happy demeanor or a spring in someone's step, that they are not burdened with sadness or problems.  I first became aware of Emma's story as I overheard a remark one of her sons made about their uncle.

I'm so grateful to Emma for sharing her story and to her whole family for the love (in action) they have poured out to others in memory of her much loved and missed brother, Ben.

'Ben was born in 1983 when I was 9 and I broadly considered him to be "my" baby. I would pop him in his pram and wheel him around the estate and woe betide if any of the other girls wanted a push - I was pretty possessive.

He was a cheeky, non-stop kid who grew up to be a really chilled out young man with a wicked, dry sense of humour - he had a penchant for fancy dress get ups - be it a deity or WWF wrestler. He was pursuing his dreams of being a cameraman, he loved his football, his mates, his girlfriend and his family - all 6ft+ of him was life and fun. He loved my 2 boys too - doing Yoda voices or larking around on day trips to Legoland - a really fun Uncle. We didn't really talk about his future plans but I reckoned he was looking forward to marriage and parenthood - I certainly had those dreams for him.

'No goodbye, no warning at all - to lose such an amazing man, full of promise - to watch your parents grieve for their baby'

He was a month off his 30th birthday when he died, suddenly in his sleep at home. I can't really describe the horror of this but that day is imprinted forever. No goodbye, no warning at all - to lose such an amazing man, full of promise - to watch your parents grieve for their baby. It was like a nightmare you can't wake from. We were told that he had died of SADS or Sudden Adult Death Syndrome - likely linked to an inherited but undiagnosed heart condition. There had been no symptoms at all - he was perfectly healthy and wasn't a sportsman, often a contributing factor in the death of young men with undiagnosed heart conditions.

A simple heart screening would have detected this condition, would have saved his life - and he could have gone on to live a perfectly normal life - living with his condition and managing it.'

'So that's why we set up Check Heart Appeal.  We raise funds on behalf of CRY (Cardiac Risk in the Young) who run heart screening programmes nationwide in schools - but what's great is the money we raise goes into a special pot to run screening at Ben's old school, The Forest School, Winnersh. We have run 1 every year since we lost him and have screened over 500 young men and women in the Sixth Form there.  Every year we are so humbled to hear that young lives were changed and saved as heart conditions they were completely unaware of were identified and treated.

It costs £5000 for us to screen 100 young people and we are well on our way to our target for this year, thanks to Jac and her wonderful support through Fortycubed. 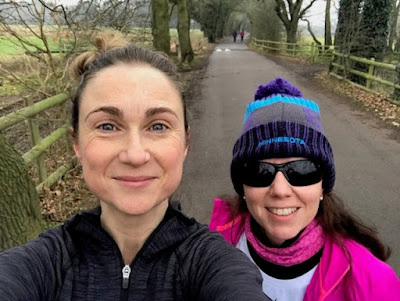 My friend Ingrid and I are running on behalf of Check Heart and CRY at the London Landmarks Marathon on the 25th March and we would greatly appreciate your support.

How can I support the screening at Forest School?

Please consider sponsoring Emma and Ingrid as they take on the London Landmarks Marathon via this link.
Posted by fortycubed at 20:44