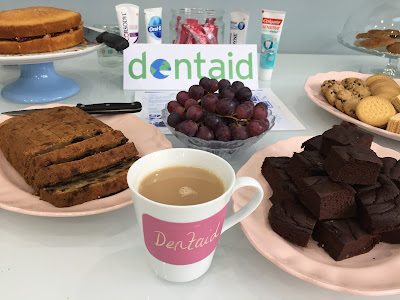 You don’t have to brush all your teeth – just the ones you want to keep!

Thanks to everyone who supported the Dentaid Coffee morning and took part in the 'Tooth for £2' raffle!  We raised a total of £155 in just one morning and everyone got to take home a goodie bag of dental supplies. 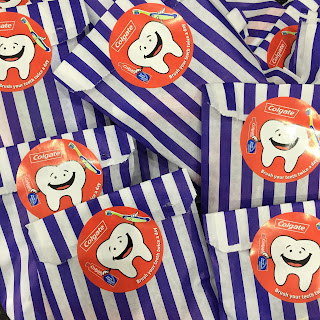 With a little lot of help from my friends... 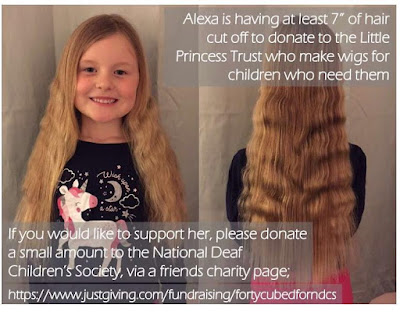 And in Alexa's case, she is about to change someone else's life at the the same time. Alexa is cutting her long locks and donating her hair to The Little Princess Trust who make wigs for children who need them.  At the same time, Alexa is trying to raise funds through sponsorship for The National Deaf Children's Society which is a charity close to her heart.

And finally, the feat for the feet! 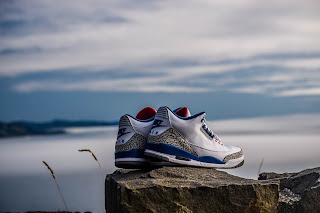 Photo by Jake weirick on Unsplash

Meanwhile Lyndsey will be pounding the streets in Reading as she seeks to complete her first half marathon while raising funds for the British Heart Foundation. Lyndsey explains why this charity is so important to her:

Alexander Lang was born on the 4th January 2016. He had his first open heart surgery when he was just one week old and spent the first 6 months of his life in between Ocean Ward and PICU at Southampton Hospital.  He is my true inspiration to raise money for the British Heart Foundation.

Alexander is now two years old, and has just gone through further surgery. Watching your dear friends look after a poorly child is difficult, and you feel totally useless not being able to do anything to ease their worries and concerns. A simple cough or cold could be fatal, so often the family are isolated to keep Alexander away from harmful germs. I don’t think they have had a full, uninterrupted night’s sleep in two years.
So I want to help, as I’m sure many of you also want to do. Please sponsor me to take on this huge challenge not only to run 13 miles at the grand age of 41 years old, but to raise much needed funds to help with ongoing treatments and research.