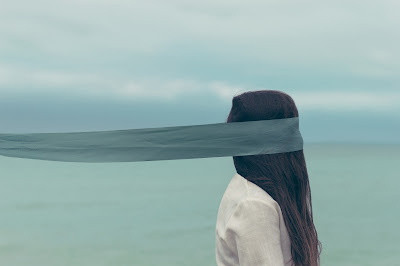 'Carve your name on hearts and not on marble'

On the morning of 14th October, while I am in the final stages of preparation for the fortycubed Charity Gala Dinner, one of my heros and table hosts will be taking part in The A21 Campaign Walk for Freedom in London.  Christine will be joining a group of other 21st abolitionists as they walk single file in black shirts with yellow bandanas across their mouths.

Christine first heard about The A21 Campaign when she attended the Hillsong Colour Conference in London.  It is a non-profit organisation 'fueled by radical hope that human beings everywhere will be rescued from bondage and completely restored'.  The A21 Campaign is taking on a great global challenge.  To eliminate the illegal trade of human beings and exploitation (recruitment, control and use) of people for their bodies and their labour.  Through force, fraud and coercion people everywhere are being bought and sold against their will.

The statistics are shocking. 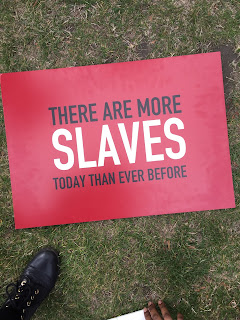 To reach, rescue and restore

At the heart of The A21 Campaign's approach is the focus on 'the one'.

'The one woman, the one man, the one child trapped and exploited, unable to see another end to their story. But we see the one, and we fight for the one, and we sacrifice to restore the one… to give them freedom and independence and the chance at a better story.'

The organisation seeks to reach the vulnerable, rescue the victims and to restore lives. 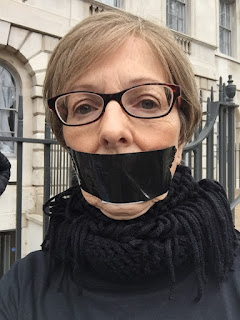 It can feel overwhelming.  When Christine first heard  the statistics, she was horrified and heartbroken.

'Once my eyes were opened, I could not close them again; never unknow what I now knew.

Most people are familiar with the story of The Good Samaritan.  It is about a man who is traveling along a road when he is assaulted and his belongings are stolen. First a priest and then a Levite walk by and do nothing to help.  Then another man walks by; a Samaritan who took pity on the man and showed him compassion.  He stopped and helped him and went the extra mile taking him to an innkeeper and paying for his care.

It is not that the priest or the Levite were bad people but they had other agendas to attend to and walked on by.  I am not comparing myself to the Samaritan but I decided that in the case of A21, I wanted to follow in his footsteps.  All the Samaritan had to do was to reach out to the 1.  We don't have to be capable of everything but we do have to be willing to do something.'

For anyone who knows this petite, Welsh powerhouse, you will know that she has enormous levels of energy and boundless compassion.  She is also great fun to be with and her efforts to raise funds and awareness for The A21 Campaign have been well supported by her far-reaching network of friends.

Christine recently ran a Prayer group which took time each week to focus on the facts of modern slavery in one country at a time.  The group ran for 9 months and the numbers of people involved steadily grew from 4 to 25 people over that period.  She also organised an abseil for a group which raised sponsorship and this year, Christine held her third and largest A21 Campaign coffee morning with 15 cakes donated, each representing a different country from the Prayer group list.


I was delighted that Christine agreed to host a table for The A21 Campaign at the fortycubed Charity Gala Dinner and I can't wait to see what she gets up to next!