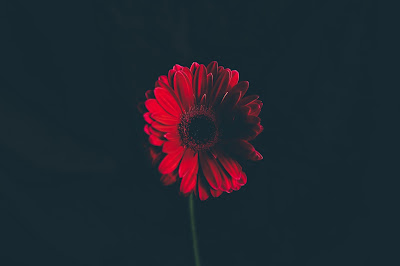 Edith is my new hero.  We've never met but her granddaughter is quite rightly proud of everything she has achieved and the impact her dedication and hard work has had on so many others.


Her granddaughter Sarah is one of the 'Blister Sisters', who recently completed a 26 mile walk in scorching heat to raise funds for Bloodwise.  While on a less challenging walk she had mentioned to me that her family had a link to the charity Bloodwise which is one of the reasons Bloodwise was put on the fortycubed 40 charities list.

Edith - the story so far 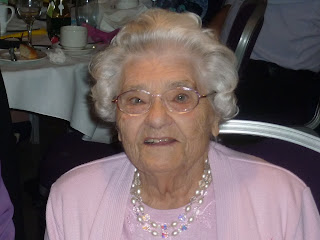 The daughter of a war hero, Edith was faced with her father's early death from TB when she was just 15 years old and then worked hard to help her mother manage the emotional and financial burden of single parenthood. Edith met Laurie at the local cinema just before the outbreak of World War II.  They married in December 1942 and put their names down for a council house, for which they eventually waited for 7 years and 6 months! Edith left work in 1944 to have a baby but heartbreakingly, the baby was stillborn.

The couple were blessed with two more children, Rosemary Ann in 1947 and John Richard in March 1949.  But Edith's heartache continued as John became unwell in 1958 at just 9 years old. 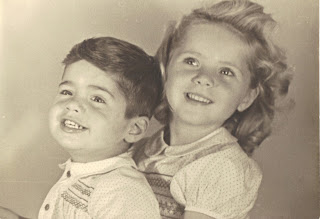 'John was such a happy boy.  He loved being outside playing football.  This was his passion and he was so good that Arsenal were looking for him to join their academy.  John became unwell and spent several weeks in the local hospital before being moved to Great Ormond Street Children's Hospital and was diagnosed as having Leukaemia.  I was devastated; my world crumbled.  John died on 2nd June 1959.  I was hurt so much.  I will never really get over it.'

Despite having Laurie and 12 year old Rosemary at home, Edith found the family home so empty and her heart ached.  A doctor advised her to have another baby but given her obstetric history and age, Edith and Laurie chose instead to adopt.  Adrian Michael joined the family in May 1960 and brought much needed joy into the home.

Rosemary and Adrian went on to have careers that put others before themselves.  Rosemary trained as a nurse at Great Ormond Street Hospital at Tadworth.  Adrian started out caring for people in a mental hospital before joining the London Fire Brigade.

At the time of John's death there was no treatment for Leukaemia and no Leukaemia research.  The specialist at Great Ormond Street advised that the average span of the disease was just 9 months.  John became unwell in September 1958 and died in June 1959.  One Tuesday he was playing cricket.  The following Tuesday he passed away.

Shortly afterwards, Edith and Laurie read that a doctor at Great Ormond Street had advised a grieving parent to go back home to Middlesbrough and raise £5,000 for a research unit. Laurie contacted this parent and the Radlett branch of Leukaemia Research was born. 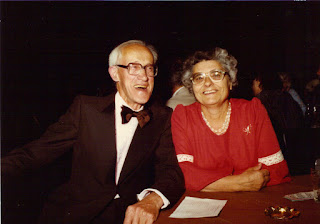 Edith and Laurie got stuck straight into fundraising even before the group was officially registered.  Edith made and sold aprons; the couple ran jumble sales and bazaars; Laurie ran a raffle every week at work until he retired.  Edith has never stepped back from her fundraising role and the Radlett and Borehamwood branch (as it is now known) has raised over £236,000.  Edith has worked tirelessly for Bloodwise so that other people can be spared the pain of losing someone they love to Leukaemia and continues to do so at 97 years old!

Bloodwise funds world-class research and offers expert information and support to anyone affected by leukaemia, lymphoma, myeloma and other blood cancer related disorders. 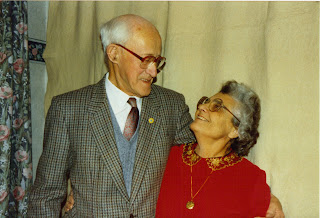 Once you have read Edith's story, two straplines stand out from the Bloodwise website - 'Beating blood cancer since 1960' and 'We won't stop until we've beaten blood cancer'.  Now they have more meaning.  It was because of grieving parents taking action in 1960 that doctors have made so much progress in treatments for Leukaemia today.  And like the website says, Edith will never stop fundraising and campaigning for the charity.  If you wish to donate to Bloodwise you can do so via this link.

Thank you Edith and Laurie.  Thank you for rising up and taking a stand against cancer in the midst of your own personal grief. You have made a difference to our world.