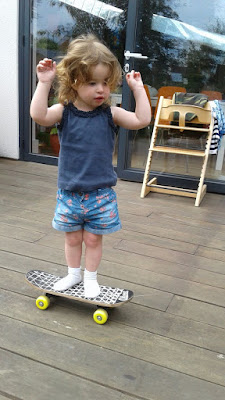 This is Vivienne. Watching her taking little steps and happy skips is something her parents didn't dream about when they first understood that she had Talipes (or Club Foot as it is often more commonly known).

Kate is a fiercely loyal and passionate friend who I have been 'doing life' with for over 30 years.  We both gave birth to our boys within a few months of each other and I knew she was keen to welcome another small person into her family.  When she fell pregnant with Vivienne she was looking to move out of London and fate took them to the Southampton area which later proved to be a fortuitous move due to the Talipes experts and groundbreaking treatment options available at the local NHS hospital.

The Talipes was picked up in utero and Kate relied heavily on the charity Steps to guide her through those scary weeks when some health professionals seemed quick to dismiss Vivienne's chances of leading a normal life.

The challenges of those early months with a new baby were magnified as the family faced numerous hospital appointments and a treatment programme which involved Vivienne's leg being in a cast for several months.  The technique known as the Ponseti method is the main treatment for club foot. This involves the baby's foot being gently manipulated into a better position and then being put in a cast.

Vivienne first wore a cast on her leg at just 2 weeks old.  For the next 3 months she would have the cast removed and replaced once a week at the hospital.  Removing the cast was stressful.  Kate's preferred option was to soak the cast off at home before the hospital appointment.  This allowed Vivienne to be thoroughly bathed once a week as the rest of the time the cast had to be kept dry.  However, this would take about 40 minutes in the bath during which time Vivienne would often get distressed and the cast would not always come away easily.  The other option was to get the cast cut off at the hospital which again was distressing due to the noise and pressure caused by the machine. 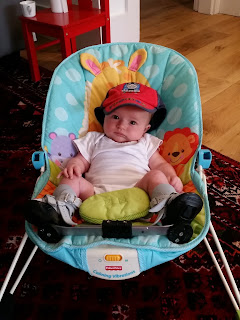 Once Vivienne had completed 3 months of wearing a cast, she then wore 'boots and bars' for 23 hours per day for the next 4 months.  The boots and bars caused difficulties in car seats due to their width and also made breastfeeding difficult which led to painful back problems for Kate.

Vivienne has responded well to the treatment and, like so many conditions, it is not obvious to the onlooker that the family are still dealing with Talipes on a daily basis.  Vivienne still wears her boots and bars at night which becomes increasingly challenging for a young toddler just as feisty and strong willed as her mother!  She will continue to wear these at night until she is 4 or 5 years old. 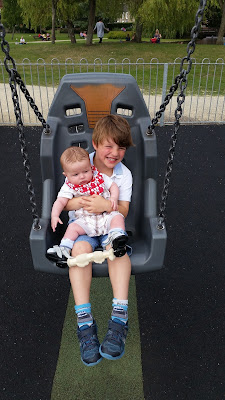 The emotional impact on Kate and her husband has been significant.  As cards dropped through the letterbox congratulating Kate and her husband on the birth of their new baby they were faced time and time again with a photo of perfect baby feet held in cupped hands; of footprints; of baby booties and babygrows.  Suddenly, they felt surrounded by the images of perfectly formed baby feet. A kind friend has systematically cut the feet from each of Vivienne's beautiful babygrows and hemmed them to enable her to wear her boots and bars.

There are financial implications as her feet are, and will probably always be, different sizes so two pairs of shoes need to be purchased each time her feet grow.

I am so grateful that Steps were there to literally step in on behalf of Kate's unborn baby.  I knew nothing about Talipes at the time of Vivienne's diagnosis and all I could do was love and support Kate but I couldn't offer any meaningful advice.  That is why I have chosen to include Steps as one of the 40 charities I will be supporting as part of my fortycubed challenge of raising £40,000 across 40 charities to mark my 40th birthday.

If you would like to make a donation you can do so via Just Giving.  Kate will be hosting a Steps table at the Fortycubed Charity Gala Dinner in October.