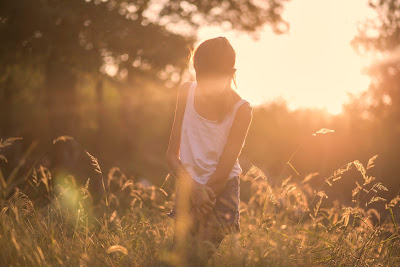 Being a glass half-full type of person, I can appreciate that my mum dying before I had children of my own allowed me to grieve more freely.  All others who were reeling from the loss were older than me.  As the baby of the family and without the responsibility of a full-time job, I was given the most 'space' to indulge in sobbing, self-pity or whatever emotion I needed to release in order to cope with each day without her.

Daisy's Dream is a local charity that supports children and their families who have been affected by the life threatening illness or bereavement of someone close to them.  Sadly, I was aware of the work of Daisy's Dream because of the deaths of three mothers from my children's schools.  The charity had supported their children but as this was a private journey I had not fully understood the breadth of their work.

Olivia had a beautiful close bond with her grandfather and when he died she was facing bereavement for the first time while her parents were wrestling with their own grief.  Olivia was very upset at bedtime and was asking questions her parents couldn't answer and seeking assurances they could not give.   It felt to her parents as if it was the first problem Olivia had faced that they couldn't fix.

They had always been straight with their children and wanted to carry on giving them truthful answers but other adults often tried to soften the blow and made all sorts of promises about what their Grandad was doing now.

Thankfully, the school understood the role of Daisy's Dream and how they could help.  It was at their suggestion that Olivia and her dad booked onto a group course where they met other people in their situation and worked through their emotions with a specially trained counsellor.

Both the children and adults were catered for on the course, having some separate sessions during the day, then coming together to share and to make commitments as a family while toasting marshmallows on a campfire.  Olivia and her dad agreed that they would take time to share happy memories of their grandad and they would have a regular 'Grandad Film Night'. 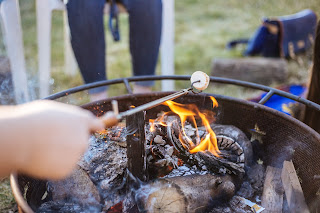 Olivia's dad summed up the experience:

'It gave us an understanding that it is normal to feel sad about things we used to love and laugh about.  They gave us some tools to talk through our emotions and advice on responding to some of the well-meaning but somewhat unhelpful answers other adults had been giving in their efforts to comfort our children.  It meant that those questions from Olivia no longer needed answering, we were able to take steps forwards, small ones but in the right direction.

It was a very warm and safe environment to learn and share with others about our feelings and grief but also to accept that it is still there and won't be going away anytime soon.'

The course also marked a turning point in Olivia's parents' grief.  Her mum explains; 'Olivia stopped asking if Grandad could come back, which previously had led to a painful conversation most nights for whichever parent went to console her and inevitably ended up in tears too.  At her lowest she didn't even mind if he came back ill and couldn't play, talk or do anything with her. She just wanted him present and to see him again. Olivia in the past simply couldn't comprehend or accept what had happened but after a whole day of focusing on losing her Grandad (a bit like a funeral for us) she began to move forward. We went as a family to a Christmas Daisy's Dream event and she seemed supported by seeing her friends from the course again and being surrounded amazing people.'

All one-to-one work is delivered by qualified professionals employed by Daisy's Dream.  They are supported by an incredible army of volunteers who lead the group events, giving up their time to support bereaved children outside of full-time jobs.

Daisy's Dream injected warmth and understanding into a hurting family and now this family want to support the charity so that other people can also be supported in the same way.

Fundraising for Daisy's Dream will form part of the fortycubed fundraising over the next 18 months.  In the meantime, if you would like to support Daisy's Dream you can do so via this link.