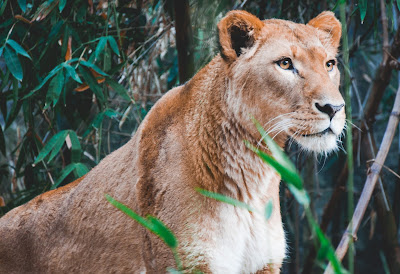 Now we know the signs and symptoms it seems obvious.  We thought she was just getting older and broader as most of us do.  We advised (nagged) her to do more exercise and eat more healthily but her tummy continued to grow.  She found she was quickly full and would struggle to eat a proper meal but was always bloated.  Her GP decided she was constipated and prescribed her a very effective course of laxatives.

By the time she was admitted to hospital after weeks of laxatives and very little food, my mum was lost in a fragile, bony frame still with a large protruding tummy.   They took litres and litres of fluid off her tummy on several occasions over the next 19 months.

She sat alone behind a curtain on a busy ward when they told her it was likely to be cancer.  The nurses were relieved to see a relative arrive shortly afterwards but at 18 years old, dealing with the shock of the diagnosis was all I could manage. Mum ended up being the comforter rather than the comforted.

Only a few days later they operated.  While she was still recovering from the anesthetic they told my dad that it was inoperable and had spread from the ovaries to the bowel.  They said that she definitely would not be with us in five years time.  Mum knew when she woke up that they had not removed anything so feared the worst and was actually relieved that they had referred to years rather than weeks or months.

Hold on tight - it's going to be a bumpy ride!

The next couple of years were the rollercoaster the doctors had predicted.  But the heavy blanket of the terminal diagnosis could be shrugged off every now and then.  We had an amazing week at the Bristol Cancer Centre (now Penny Brohn UK) where we met other people facing similar trials and we tried all sorts of complementary therapy (art and music therapy gave the best laughs), we meditated for over an hour a day, ate a vegan diet and practised cancer Chi Gong each morning.  Aside from meeting wonderful people, one of my best memories was of mum and I sneaking off to the pub every afternoon during our 'rest time' for a pint and a packet of peanuts.

We used to dream of writing a book together once her body had proved the doctors wrong.  We were going to take it in turns to write a chapter each and we had agreed on the title; 'The Good Stuff about having Cancer'.  Despite the slow and painful crawl towards her death, we shared hope and love in a level of concentration that time would have watered down.  We also had a lot of fun.


And then Mum died

Shortly after mum's death I wrote a note about how I was feeling.  It was a note that I never intended to share with anyone but it seems appropriate to include it here.

Forgive me for not ringing.  I've a problem with saying it out loud. In my head I can recall every detail of her death; her frailty; the painful moans.  I can hear her weary breaths and I can smell death. I can indulge in the pain of missing her but smile when I turn to memories; when I look at things I know she loved to see; hear things that she would have laughed at.  I can dig a hollow in my heart when I turn over and over again everything she had to go through; everything we tried.  I can be proud of the way we've all coped, knowing we owe our strength to her.  I can roll my eyes remembering some of the thoughtless comments made by ignorant people as we struggled on with our journey.  I can feel her soft, paper thin skin as I hold her hand waiting for her to leave the pain forever.  I can love her as always, with the whole of my being; waves rushing over me of pure, intense love for my best friend.  I can feel everything but speech requires concision, so all I can really say to you which sums up the thoughts tumbling around my mind is 'I want my mum'.

Mum died nearly 20 years ago and today, thanks to charities like Ovacome, there is a much greater awareness of the symptoms leading to earlier detection and the chance of a better outcome.

What are the symptoms of ovarian cancer?


Ovarian cancer is known as the Silent Killer because by the time the symptoms are observed, it has often spread to other organs.  Ovacome is a charity that has been supporting women in the UK with ovarian cancer since 1996.  Their website outlines the three most common symptoms:

Urinary symptoms, changes in bowel habit, extreme fatigue or back pain may also be experienced. It is most likely that these symptoms are not ovarian cancer, but they could still indicate the disease. Vaginal bleeding should always be investigated.

Ovacome will be one of the 40 charities that I will be fundraising for as part of my fortycubed challenge.  If you would like to make a donation you can follow this link or sign up to follow this blog to keep up to date on planned fundraising events and activities.