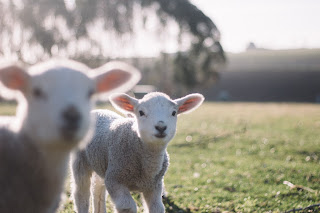 Don't be ashamed of your story. It will inspire others.


Two of my guilty pleasures can be enjoyed simultaneously in the comfort of my own home - ironing and listening to The Archers.  There is no plausible explanation for my love of ironing but The Archers is a different story.


The clinking of the tea cups, the endless days of inconsequential conversations in the village shop or out in the open surrounded by the rumbling of sheep or cows; the clattering of a rusty gate; the grunts and other (in)voluntary sounds of exertion as characters lift hay bales, hooves and venison casseroles whilst lamenting the wayward antics of the Ambridge 'youf' or the young farmers.  It is a different world of escapism where the mundane becomes enthralling.  As Edward would say, The Archers is like 'my own personal brand of heroin'.  No not Ed Grundy - Edward Cullen from Twilight. I digress.

Threaded through the portrayal of a pastoral idyll, there are one or two stories that vie with Eastenders for their gritty nature.  The storyline featuring Helen and Rob Titchener awoke me from my comfortable reverie.  The medium of radio soap proved to be highly effective in demonstrating the effect of constant chipping away at a person over a long period of time.  The Archers is free from the consumer led time limitations of a feature film.  Archer fans are invested in Helen and all Ambridge residents, even if we sometimes despair of the writers.

When we read about people staying with a violent or controlling partner it seems so clear; so black and white.  Yet as we listened to Rob's requests we, as the listener, were not sure to begin with if he was genuinely wanting the best for Helen.  The sense of her own self worth and self confidence ebbing away was palpable. As his abuse becomes undeniable, the listener is forced to reflect.  At what point did I, as the listener, recognise Rob's overpowering 'love' as the abuse and control it really was.

I cannot use the case studies of friends directly impacted by domestic abuse to illustrate the need for the work of the charity Refuge.  The impact of sharing often falls on the shoulders of those children already carrying a heavy burden.

Refuge has kindly allowed me to share some of their case studies.  Refuge supports more than 4,600 women, children and men on any given day through a range of services including refuges and community outreach.  Two women are killed by a current or former partner every week in England and Wales.  Refuge campaigns to educate the general public and lobbies the government with the aim of preventing domestic violence. The charity does not believe you can take a 'one size fits all' approach and responds to individual needs of every woman, man or child they support.

Diana was with her ex-partner for five years during her twenties. He seemed caring at first, but quickly became controlling and aggressive. His physical abuse began when Diana was four months pregnant with their first child. The violence soon escalated to strangulation, kicking and sexual assault. Whilst Diana had several miscarriages caused by violent attacks, she went on to have a daughter - and left her partner 10 weeks later.

With the support of the National Domestic Violence Helpline, run in partnership between Refuge and Women’s Aid, Diana was referred to a refuge, where she and her children stayed for six months. The specially trained staff at the refuge supported Diana to make an application for housing and benefit assistance and supported her to re-enter education, which her violent partner had previously prevented.

Diana’s first child Michael is autistic. Michael benefited enormously from receiving support from Refuge’s child support worker who enabled Michael to overcome his experiences of domestic violence. At the refuge Diana was able to watch her children play happily and safely, without fear of violence, for the first time in years.

After Diana left the refuge, our team helped her furnish her new home and put her in touch with other support services in her local area.  Diana says, “Refuge didn’t just give me a place to stay. They gave me something far better than that. They gave me ‘me’... Without Refuge I would still be with him. Or worse, not be here at all.”

Tara, her mother and brother experienced years of abuse and death threats from her father. After one particularly violent attack they escaped to a refuge. Tara was 10 years old. The security of the refuge and the secrecy of its location allowed the family to feel safe finally. Over the next six months, with care and support from the refuge staff, Tara’s family started to rebuild their lives.

Tara says, “We arrived in the refuge jumpy and scared – but we left as brave, fresh-faced people ready to face our new life and overcome obstacles in the future. I'll always be grateful to the staff at Refuge.”

For the friends of mine who have experienced domestic abuse, by the time I knew them it was a stage of life that was firmly in the past.  But it is happening now and Refuge helpfully outlines some of the warning signs (click to learn more).  Refuge will be one of the 40 charities I will be fundraising for as part of my fortycubed 40th birthday celebrations.  If you would like to donate directly to Refuge please do so via this link.