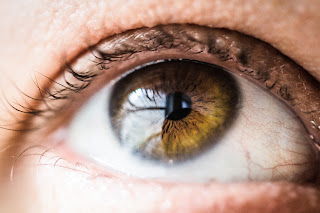 'Kindness is a language that the deaf can hear and the blind can see.'

The new girl in town

Becky is a breath of fresh air.  Her ability to include everyone and treat everyone she meets with compassion and kindness is inspirational.  When she told me that her sister was involved in a charity called RP Fighting Blindness I wanted to find out more and to add it to the list of 40 charities I'm supporting to celebrate my 40th birthday.

Retinitus Pigmentosa (RP) is an inherited condition of the eye that gradually destroys the retina leading to loss of vision and often, total blindness.  'RP' is the leading cause of blindness in working age people affecting around 20,000 individuals in the UK alone, yet most will never have heard of it.

Sufferers often notice difficulty seeing at night and in low light first and a lack of peripheral vision: bumping into low level objects or tripping over uneven floors or kerbs. As the disease progresses, they start to experience a decline in their reading vision, colour vision, and central vision. Similar to trying to look through a pin prick in a piece of paper - sight is eventually lost.

'Rachael Neville, my sister, has RP and has always had very poor night vision - relying on other people to guide her around after dark, in theatres, cinemas, pubs and clubs for as long as she can remember.  She was formally diagnosed with RP at 14 years of age after an optician noticed dark spots on her retina during a routine eye test and referred her to Moorfields Eye Hospital for further testing. The diagnosis back then was accompanied by very little information about the disease and no hope of treatment - just an expectation that by 30 she would have lost all sight. A shocking discovery for someone with their whole life ahead of them.

It wasn't until her mid-thirties that she noticed a rapid decline in her daytime peripheral vision and went to see her consultant. It was then that she was officially registered blind. She had just become a mum for the first time to my beautiful nephew and felt extremely vulnerable and frightened. Negotiating busy London streets, with limited sight and a buggy were to become a reality and later, with a toddler and newborn.  RP Fighting Blindness gave her much needed support and helped her to connect with other people with RP, share tips, and find information on research and assistive technology.

She is now a trustee of the charity and runs the London support group. She uses a white cane (like a pro!) to help her navigate around the busy streets of her home town in Brixton and is dedicated to raising awareness of the condition - taking part in TV interviews and RNIB adverts to spread the word and increase understanding of living sight loss and the challenges involved both physical and in interaction with the community.'

There is currently no cure for RP, but the medical charity RP Fighting Blindness is working hard to stimulate and fund cutting edge research - including gene therapy, stem cell therapy, gene editing and optogenetics - to find a treatment.

The charity also provides support to those affected including patient information days, family conferences, a dedicated helpline and regular newsletters.  Medical research is  expensive and funds are desperately needed to ensure that future generations won't have to face a future without sight.

For more information about the work of RP Fighting Blindness, see their website or to donate please follow this link.

Becky will be hosting a table for RP Fighting Blindness at a charity dinner on Saturday 14th October 2017.  This event officially kicks off a year of fundraising for this and the other 39 charities.