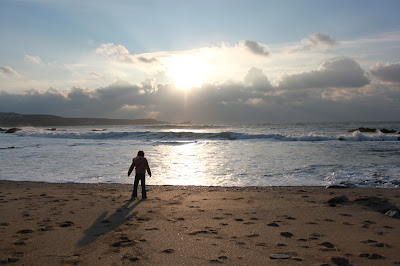 Growing up, I watched a TV programme called Jonny Briggs.  An irritating classmate of the programme’s namesake would caveat every comment she made in class with the phrase ‘my mum, who’s a nurse...’  I have gone on to paraphrase this throughout my adult life when talking about my sister.  Whenever I refer to a piece of advice or reassurance she has given I endorse its validity by saying, ‘my sister, who’s a clinical psychologist...’  It gives weight to the advice or reassurance I’m imparting.  It also goes some way to letting people know just how proud I am of my big sister.

Among my adult friends, mental health is the single most life limiting issue and many of them are now seeing similar issues evolving in their children.  Reduced stigma and increased awareness must now lead to us equipping these children with the tools to self manage when they can, and seek help when they need it.

When my sister made the choice to study Psychology I was a self absorbed 14 year old and I didn’t think to ask what made her choose that career.  By the time she had left university, our mum had been diagnosed with terminal cancer and we were muddling through that experience in our own peculiar ways.

There is a saying that for every tear that you shed, God plants a seed in your future.  I have a sneaking suspicion that my sister chose that career because of a seed that was planted in my grandmother’s life.  She had suffered from mental health complications from as early as my dad can remember.

Even closer to home, I had suffered with insomnia from the age of six and when I was awake, so were my parents.  I have an enviable imagination which terrorised me at night and still would if I didn’t employ techniques to limit its effects.  Dad was adamant he didn’t want me ‘in the system’ having seen the medication tactics used to manage his mum.  So they struggled through while I asked them awkward questions such as ‘why did you have me if you knew I was just going to die in the end?’ and other gems.

So maybe my sister wanted to break the family cycle or maybe, without being egocentric, she wanted to help me.  Whatever her reasoning, she has walked with me through my adult life, equipping me to deal with my own head most of time and keeping me alert to the triggers which might indicate I need professional help.

And I believe I am normal.  Once you start opening up to friends, you find many have quietly suffered with depression, anxiety, panic attacks and I have one friend with crippling OCD.  Several of my friends will open up about their children self-harming and at least two of my daughter’s peer group have been affected by familial suicide.  You may not think mental health issues are affecting you but it is a beast that walks among us.

So I am supporting MIND as part of my 40th birthday celebrations because it affects all of us whether we realise it yet or not.

You can donate to MIND at www.justgiving.com/fundraising/fortycubedformind

To find out more about the charity please visit www.mind.org.uk